There is an old saying I grew up hearing, some men do yoga, others do push-ups, pull-ups, and dips. It always stuck with me. Now, for all you men that do yoga, I am not knocking it. I am here to point out, there are some men over 6 feet tall and well over 200 lbs like myself. The idea of stretching my body and holding it at odd angles, well, it seems like the kind of thing someone who orders a Shirley Temple would do. I’m not a Shirley kind of guy, I fly fish.

Ask any man that has learned to fly fish and they will tell you, it’s addicting and it relieves more stress than a painkiller and a shot of whiskey. Somewhere between the hours of squinting at homemade flies tied on some website in china, to hours of yelling at google maps for not having the road conditions 22 miles off a road towards a remote lake. You just lose yourself. It’s tough to think about work when you are doing reconnaissance work to make sure a black bear isn’t going to sway right up behind you.

Once you are on the water, you have spent at least 20 mins if you’re practiced, tying up your boots, pole, and waders. Running the fly line through the eyelets, dropping it at least once. You have bitten off some tippet and then spent the most crucial point. Finding one to two flies that will ensure you are on a fish well before your buddy. During those cold months, you coat the poles eyelets with chapstick to keep them from freezing for at least an hour. You’ll usually lie about what you are tying on first because, well, this is fly-fishing at its best.

If you have never waded out into a fast-moving river or lake with only the dark morning light, it’s not all sunshine and rainbows. Rocks covered with growing algae are slicker than elf shit. Your wife never understood why you would drill metal screws into the bottom of your shoes immediately after you bought them, but oh you know. When the water is 40 degrees, it isn’t a pleasant experiencing to fall in. Not to mention if your waders fill up with water, you’re going to go from weighing 250 lbs to the neighborhood of 700 lbs in about 3-5 seconds. Many men have died fly-fishing because they didn’t have a tight enough belt to keep the water out.

So you have finally made it out to the water, 15 yards from a spot you know there is a fish. Now the fun can finally begin. As you let line out of the reel, it is like conducting a symphony with a pole for a wand and your air born fly line as the music. Coordinating a pull of line while keeping it above the water and dodging the trees 20 yards behind you. As the line lets out further and further, you see the nose of a trout breakwater just beyond your lines last recoil. With one final smooth motion, you launch your line forward and lay the rod tip down on the water and watch your fly float towards the spot you last saw a nose. 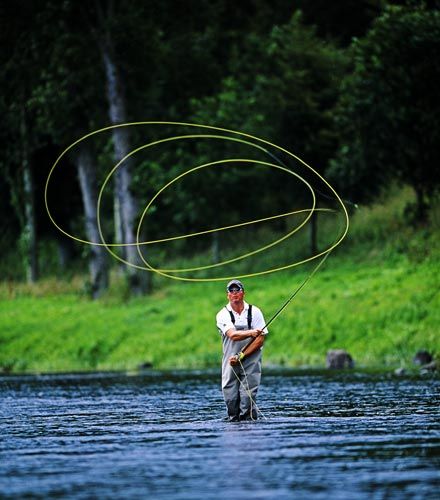 The anticipation is a high like none other. Everything else in the world just fades away as all your concentration is focused on ensuring that fly floats as natural as possible down the river towards your target. It’s these moments when all the noise of the world is absolutely silenced. What looks like a tiny bubble surfacing and hitting your fly, very gently, it signals the hit. You give it that 1/8 of a second pause to take your hook to the back of its mouth and set the hook. At that moment as the trout zips line off and you hear the brrrrrr of your reels drag, you know. Those fucking yoga people are crazy. 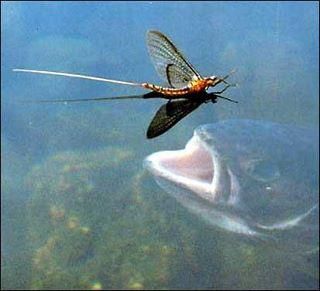 In all seriousness, yoga has been compared to fishing in many studies. When you are tasked with performing something repeatedly again and again like casting. Your mind enters a trance-like state of calmness. If you think going and drowning a worm next to a lake is boring, well it is. Pick yourself up a 9 foot 5 weight fly-fishing combo set up and join your local social media group. Don’t expect free advice. We all earned our strips losing many flies up in the trees. If yoga isn’t your thing, fly-fishing most likely is. Happy hunting and tight lines.

Pamper Your Skin with Sleeping Masks

Should You Switch to Body Mist From Perfumes?